What we're listening to in March: Star Wars and 'Keeping the Rave Alive'

In 1994, much to my parents’ dismay, I discovered Gabber — a noisy, anarchic genre of dance music that will test most people’s limits (and eardrums). Decades later, I am pleased to say that my folks were wrong: I neither “grew out of it” nor did it disappear like they prophesied (or hoped). Gabber evolved into several equally raucous sub-genres (with names like Terrorcore, Raw Style and Frenchcore). I love them all, and hot dang, Spotify is garbage for people like me (it’s there, but not in the way it needs to be listened to). Fortunately, there’s a wealth of podcasts that play the genre(s), and none, in my opinion, do it better than Keeping The Rave Alive by DJ Kutski.

The problem with niche music genres is that people often love them so much that even adjacent scenes are deemed inadequate. But I really do love everything fast and noisy from Drum and Bass to old skool rave to Hardcore and Terrorcore (I draw the line at Splittercore/Extratone though). KTRA advocates for all the “harder styles” and does so seamlessly (hey, jumping between the saccharine sounds of Happy Hardcore and the grind of Uptempo is no easy feat). The real hook for me, though, is DJ Kutski himself.

Kutski was an up-and-coming DJ on the UK rave scene before being picked to host a late-night hard dance show on BBC’s Radio 1. Normally, rave DJs hide behind the decks, but the BBC show demanded more than just music. Thus Kutski became a personality, speaking to his audience a la Funkmaster Flex. This personality and conversation with the listener is what makes KTRA stand out among a (small) sea of hour-long DJ-mix podcasts. Kutski guides the listener through the landscape of varying hard genres in a way that makes you feel you’re sitting with a friend sharing music — a buddy who breaks out 230bpm bangers followed by cheesy rave classics.

If you’re one of the few out there who appreciates the nuances of hard dance (yes, there are nuances) and haven’t discovered this gem already, you’re in for a treat. The show runs weekly and includes regular features such as “Does it sound good at 170(BPM),” “The hardest record in the world right now” and the “Final Vinyl.” Each episode includes a guest mix too, all woven together with Kutski’s inimitable style. Personally I like to save them up until I have about 10 to work through, but there’s more than 360 episodes right now, so if you’re just getting to it, you’ll have plenty to digest. And each is fairly timeless, so you definitely should. Not least so you can finish this sentence: “Kutski, you P…”

Star Wars on the radio 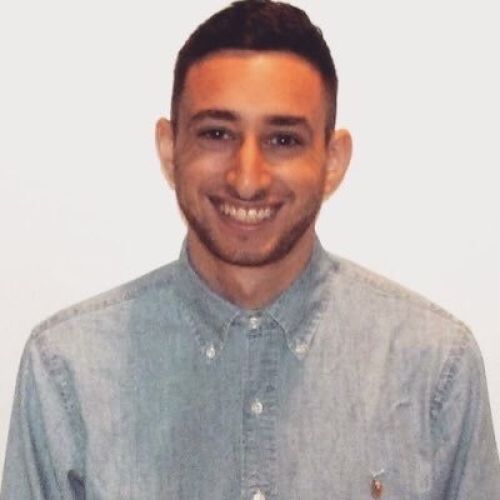 For me, there are few feelings as memorable as sitting in a theater, waiting in anticipation until that green Lucasfilm logo pops up. It’s something that can not be replicated. (Sorry, Marvel fans, it’s just not the same.) And yet somehow, here I am on my morning commute, sitting on the subway with that same big, dumb smile on my face. While most people around me probably assume I’m either listening to a podcast or have finally succumbed to the soul-crushing effects of the New York City subway system, I’m actually just listening to Star Wars. That’s right, listening.

The Star Wars radio dramas are possibly the greatest piece of Star Wars content that most people don’t know about. And no, this isn’t some rinky-dink fan production. This is the real deal, with sound effects straight from the films, music from George Lucas and even Mark Hamill reprising his role as Luke Skywalker.

With the first of three series being produced in 1981, the Star Wars radio dramas are an expanded dramatization of the original trilogy, created in partnership among National Public Radio, Lucasfilm and the BBC.

Over the years, Lucas has donated hundreds of millions of dollars to his alma mater, the University of Southern California, but it was his donation in 1981 that allowed for these radio dramas to be created in the first place. Lucas sold Star Wars’ radio rights to KUSC, an NPR affiliate owned by USC, for the obscene price of one dollar. It not only was given permission to use John Williams’ score but also received access to storylines that were cut from the original theatrical release, such as the now-famous cut scene where Luke’s best friend, Biggs Darklighter, reveals that he’s going to join the Rebel Alliance.

Essentially, the Star Wars radio dramas are everything you love about Star Wars plus so much more.

It’s hard to believe that a franchise most famously known for its innovative visual effects was able to make the transition to audio so effortlessly. Listening to these first 13 half-hour episodes, which make up the entirety of the first film, is like taking a deep dive into the content you already thought you knew. The extra details shade the backstory, giving you a new perspective on the films you’ve probably seen a hundred times. And although no one can truly recreate Darth Vader’s infamous voice, the rest of the cast does an excellent job sitting in for the characters we know so well. Plus, alongside Hamill, Anthony Daniels returns as C-3PO to truly give that Star Wars feel to the production.

While the first series of the Star Wars radio drama is nearly perfect, the second two are unfortunately not nearly up to par. The production value drops significantly with each film. There are still some bright moments, such as John Lithgow’s take on Yoda, but these newer installments are never truly able to capture the magic from the first series.

The Star Wars radio dramas are a must-listen for anyone like me, who absolutely can’t wait till December to see that Lucasfilm logo one more time. And since they’re available for free on iTunes and the Internet Archive, you don’t have an excuse, you lazy nerfherders.