The Morning After: 'Star Wars' and Coachella

Who will have the last laugh?The first ‘Star Wars: Episode 9’ trailer is here

A teaser trailer for Star Wars: Episode 9 has arrived, along with a few more details about the final installment of the Skywalker saga from a panel at Star Wars Celebration in Chicago. Director JJ Abrams said The Rise of Skywalker starts some time after the events of The Last Jedi. He described it as “an adventure that the group goes on together.”

Disney+ will be the biggest competition Netflix has seen since Amazon Prime. Beyond the draw of the name, Disney has a number of beloved characters, from Mickey Mouse to Anna and Elsa, not to mention third-party studios, from Marvel to Lucasfilm, that have their own devoted, global fanbases. For most households, the $7-per month will just about squeeze into the budget, but what does this mean for Netflix?

Also, consider that Disney told investors this week that it is committed to losing money on Disney+ until 2024. Now, Netflix is profitable and made $133.9 million in the last quarter, but it does not have the financial muscle to fight Disney in a war of attrition.

Call it batting practice.SpaceX will assist NASA’s first-ever mission to redirect an asteroid

NASA has chosen SpaceX to help out on its first-ever attempt to deflect an asteroid. The Double Asteroid Redirection Test (DART) will blast off on a Falcon 9 rocket in June 2021 from the Vandenberg Air Force Base in California. Its mission: To smash a satellite into the Didymos asteroid’s small moon in a bid to knock it off its orbit.

And you don’t even have to go to the desert.Stream Coachella performances live on YouTube this weekend

As it has in the past, Coachella will stream select performances live on YouTube throughout the weekend. Night one is already over (and re-airing on a loop, if you missed Childish Gambino), but performers like Tame Impala, Billie Eilish, Lizzo, YG, Kaytranada, Chvrches, Ariana Grande and many others are still on deck for Saturday and Sunday evening. If you miss out entirely, this year YouTube will also stream performances from the event’s second weekend, but it sounds like that may cover a smaller selection of artists. 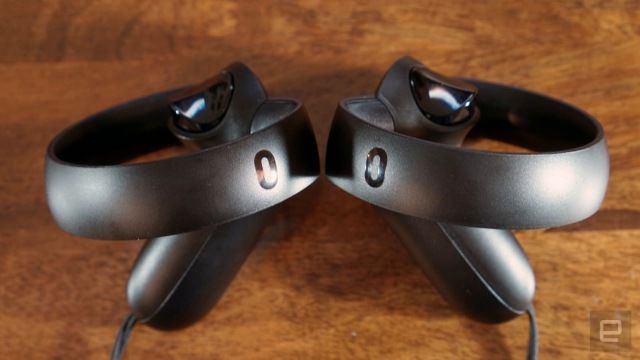 Oculus co-founder Nate Mitchell said tens of thousands of Touch controllers have jokes mocking privacy printed on an internal component. The so-called easter eggs include “This Space For Rent” and “?Big Brother is Watching?,” though Mitchell said the latter and a joke reading “Hi iFixit! We See You!?” were limited to non-consumer developer units.