Lenovo made an Avengers game for its Mirage AR headset

In Dimension of Heroes, you can play as Captain Marvel, Thor, Dr. Strange, Star-Lord or Black Panther, and your mission is to go back in time and save the world from Dormamu. If none of these character names mean anything to you, you’re probably not going to be interested in buying this game. Those of you paying attention will probably be excited to play the game.

The mechanics are simple. Using weapons like Star Lord’s Element Guns or Captain Marvel’s blasters, you destroy aliens sent by Dormamu and progress through five timelines before morphing into Dr. Strange and taking on the dark being itself. The controllers are meant for dual-hand combat, so for characters like Thor, who are known for wielding single-handed weapons like Mjolnir (his hammer, for those not well-versed in Marvel), the other hand is used for melee fighting.

You have to calibrate the new controllers with the beacon for accuracy, and during my hands-on we didn’t complete this process. For that reason, and not any lack of skill on my part, I had difficulty aiming and killing monsters that came at me in the AR world. I won’t spoil the rest of the game for you, but suffice to say that Marvel fans will get a bit of a kick out of playing as their favorite characters and listening for lines that Marvel’s comics writers came up with. 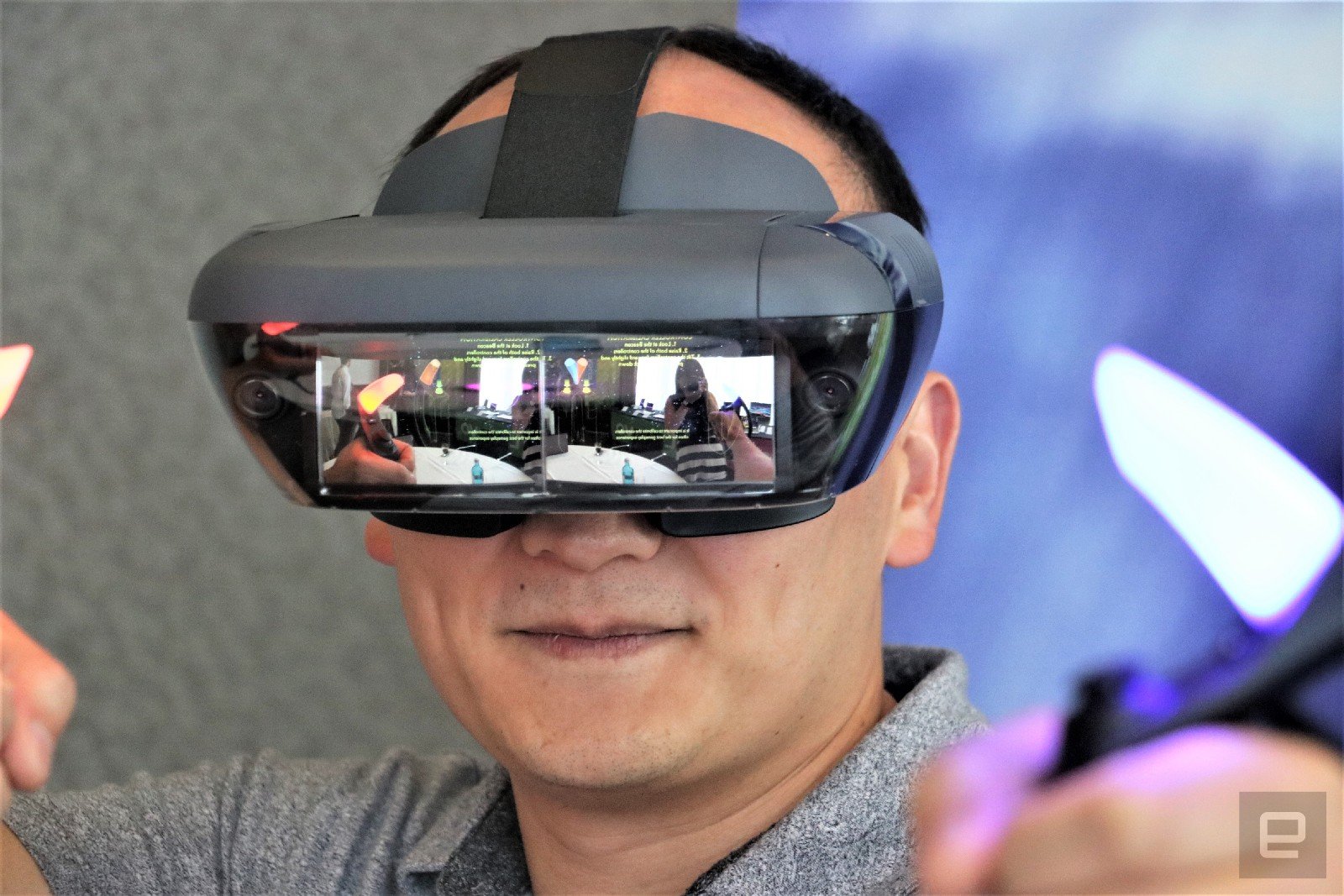 Dimension of Heroes also offers a local co-op mode like the Star Wars game did before, so you can play with a friend. You can pair up Thor and Star Lord, for example, and create your own Asgardians of the Galaxy adventure. The game features a realtime leaderboard competition as well, for the added satisfaction of challenging strangers from around the world.

The new Mirage AR kit will be available tomorrow for $240 as an Amazon exclusive (you can also find it on Lenovo.com). Those who only need the new controllers can also get them separately, and though Lenovo hasn’t confirmed a price for these yet, a company rep told me the target price is under $100. While a grand total of two games is by no means an impressive library of titles for the Mirage AR, the new content bodes well for the platform. Given Disney’s comprehensive catalog of beloved franchises, I wouldn’t be surprised if Lenovo eventually builds an AR game for every popular title the entertainment giant owns. Till then, I’ll holding my breath for a Frozen karaoke game.